I think of Archie every day. He would be almost six today.

And I would have been there for all those firsts – cheering him on. But, none of these firsts ever happened because Archie never took his first breath.

If I could relive one day of my life, it would be the day before he was born sleeping. I would listen to my wife’s concerns that he isn’t moving enough. I would insist we go to the hospital. I would stay there until they realise his heartbeat is weak because blood clots in the placenta are cutting off his oxygen supply. 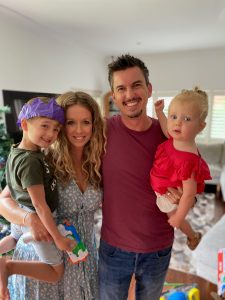 Unfortunately, I can’t do this.

We stayed at home despite the reduced movement. We assumed he would be ok. We didn’t know that six babies are stillborn every day in Australia. The next day, my wife didn’t feel him moving at all. We went to the hospital as a precaution. There was no heartbeat, and he had died.

Archie was born at 38 weeks. I spent only a day with him – his eyes closed, never to open. I held him and kissed him. I hugged him and apologised for failing to look after him. We left the hospital without him. It was so incredibly heartbreaking to leave the hospital without our child. That night my wife and I cried ourselves to sleep.

We decided that the best way to cope was to talk about Archie as much as possible – to make him a part of our lives. A person to talk about and think about. We talked to anyone that wanted to listen. We spoke to others who had experienced the pain of stillbirth. I don’t think the sadness will ever go away completely. I still get upset thinking about him and I am welling up as I write this.

But most of all, I smile when I think about how proud I am to be his father – I just wish I had known more about stillbirth, so he could have taken his first breath and seen me smile with his own eyes.