My Kayla Rose was stillborn on Monday, February 5, 2001. She was my first baby, and I was only 20 years old. Now, at 40, I look back and wonder how I survived losing her.

The Tuesday night before I learnt she had passed, I had awful pains which I attributed to Braxton Hicks. That night I went to bed feeling uncomfortable but somewhat excited. I thought because I was 38-weeks along, I could go into labour any time now. My baby girl could arrive. The thought of her being stillborn had never crossed my mind. 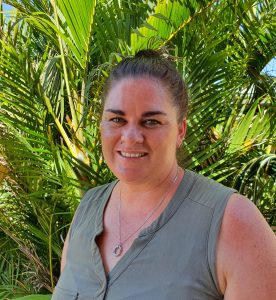 Days passed, I felt so heavy and uncomfortable that I felt like my belly was flopping each night. Then the weekend came, and I had a sudden realisation that I had not felt her move for a while. Twenty years ago, I wasn’t taught to monitor movements. If there was information about that, no one told me.

I called the doctor, who suggested that I come in immediately for a consultation. He used a Doppler ultrasound and couldn’t hear a heartbeat. He said they would take me to hospital as the machine was better there. Upon having a second ultrasound, they told me they found no heartbeat.

I was so naïve; it didn’t occur to me that she would be stillborn.

The doctor called us into a room where he began to tell us he needed to induce me. I thought I was going to have a baby. I was excited. I guess that was when the doctor realised how oblivious I was to what was happening and that he hadn’t said the words.

The penny dropped for me when his face did.

I asked “so are you telling me she’s dead?’

The doctor was upset that those words had never left his mouth. He had assumed I knew, and he left the room with no further comment. I was there, sobbing in disbelief.

The next challenge to overcome was getting me to understand that I still had to give birth. I had to go through all that pain, all that trauma, to deliver a child who would never cry, never feed, never talk and never walk.

After eight hours of active birth out came my guardian angel, my Kayla Rose, who is gone, but never forgotten. I have had two daughters since and I always wish I could see my three girls together, just once.