Hudson, born and died on 8 February 2020, a year many of us remember for one thing but we will remember for another.

At the time we had a 4-year-old daughter Charlie and a 2-year-old son Jack. All three pregnancies were textbook and straightforward.

We never found out the gender of our babies until delivery but with Hudson he wanted to be known beforehand, at the 13 week scan we could clearly see he was a boy. I did end up confirming this in my non-invasive pre-natal test which again came back normal. 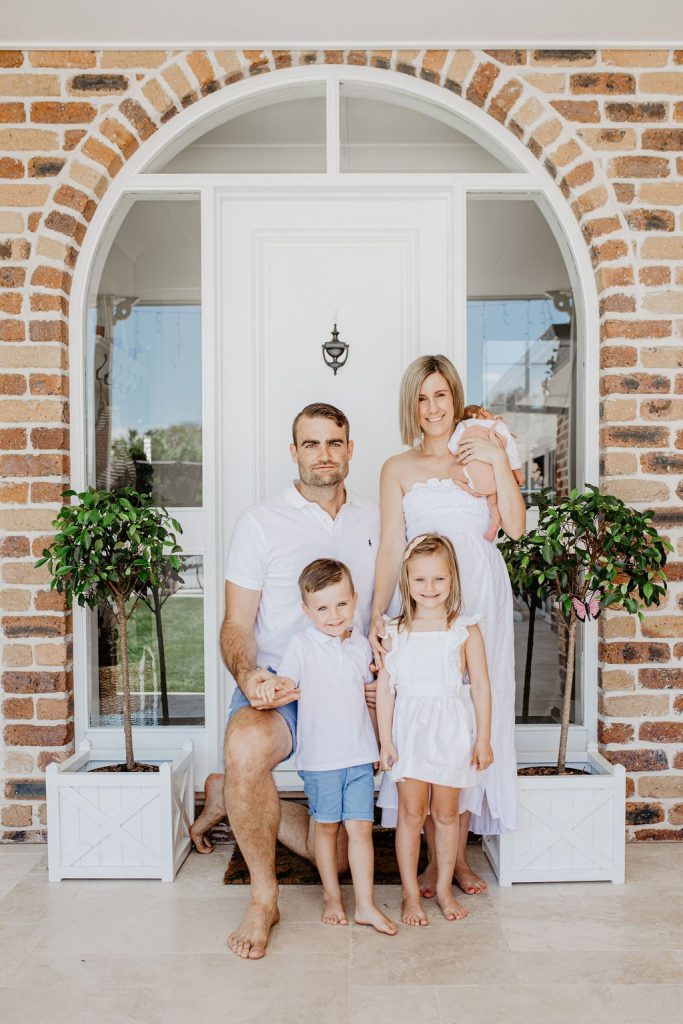 I’m glad I knew Hudson was a boy during pregnancy. We picked a name for him early and I got to bond with him. It felt different to the other pregnancies knowing the gender, it was nice and I’m so glad I knew who he was as it was the only time I got to have with him.

The week Hudson died I had my normal appointment with my obstetrician and I also had a growth scan which again came back fine. But 48 hours later I woke up on the Saturday morning at 34+5 weeks and by the time breakfast was over I noticed that I hadn’t felt any movement. I went and had a coffee and nothing, laid on my side nothing, drank cold water nothing.

John was in the pool with the kids and I walked out and told him I was heading to the hospital to get monitored because I hadn’t felt much movement. I then told him I would be back in half an hour, but nothing would prepare me for the next 48 hours. I started thinking to myself of the possibility of an early delivery being the worst case scenario, hoping my 34 week baby wouldn’t be in special care for too long.

I called the hospital on my way over and they were almost waiting for me as I walked in. They used a doppler at first to try and find the heartbeat and it was actually picking up a very faint sound but it turned out it was my heart rate beating fast at 120bpm.

They called the on-call obstetrician because it was the weekend and she came in and did a scan and I just remember her shaking her head. She didn’t have to say anything, I asked her if she was joking and she said the words “I’m sorry there is no heartbeat”. Nothing could prepare me for this.

I got the midwife to call John to tell him I just couldn’t do it, and I called my sister and told her to come to the hospital with my mum.

I then went and had a more thorough scan at Radiology and I asked them to turn the viewing screen off, I didn’t want to watch. The midwife held my hand and gave it a big squeeze a few minutes into the scan and started sniffling. I had my eyes closed the whole time. I knew then that I would be delivering Hudson and never be taking him home.

Hudson was born at 8.49pm that night, a time etched into my mind, at 4 pounds 4 ounces, a perfect mix of Charlie and Jack.

It’s been just over a year now, and we are lucky enough to have our ultimate rainbow baby, Poppy. She was born in the same horrific year as Hudson.

The first year is hard, very hard. We manage each day as we try and find the silver lining in everything.  If you don’t, you will crumble.

The pregnancy with Poppy was the second most challenging thing I have ever done. I was obsessed with movement and monitored her constantly.

I wish I had known more about monitoring movements and speaking up if there were changes. A growth scan won’t tell you this, and if you’re concerned, push for regular monitoring (eg CTG). With Poppy we did twice weekly monitoring, sometimes daily from 32 weeks.

It’s so tragic that you can have a healthy baby one minute and then have that taken away.

Nobody is safe, unfortunately.